The Road to Exobiology Elite V

The Road to Exobiology Elite V

It was a bumpy, long and windy road. Inefficient at points, because of sheer ignorance and sometimes cockiness. Exhilarating sometimes, exhausting for sure! But we got there before anybody else.

It all started May 19 3306 . With all the problems being reported in the galaxy at that time, I decided to just take it easy and start an experiment. I set out in my exploration Anaconda, to fly out away from the bubble just a bit and see how this whole new organic scanner  worked.

The first organic found was at HIP 72514, a Bacterium Cerbrus, on planet A4a. Stumbling to learn the “dark arts”, like pretty much everybody else at the time, I thought, “What am I doing, why, how does it work…” was all a big blur. But it was fun. I found out I had my first footfall, how to scan, and analyse, how to operate the new DSS, and so on and so forth.

As used as I was to the Anaconda, I didn’t even think about using another ship and stayed faithful to it for a long time.

On the 19th of May, I only scanned that species. With all the issues happening with the galaxy, I probably decided to let it sit for a bit and chill out doing something else. No objectives set at the time.

Four species analysed on the 20th, 13 on the 21st, and a quick trip back to the bubble to check about selling at Vista Genomics. Boom! Because of the novelty, and with so many CMDRs “out of commission” those first few days, my Inara ranking shot up from 400th to 215th. That was the initial catalyst for what came next…

I was starting to understand the process, I was getting better at it, it was fun… so I decided to continue, and by this time I realised that the Codex was being filled with all these new discoveries, so I set up on the 21st to really go out and try to get my CMDR name into the Codex. On the 25th of May… Tada!!!

Clypeus Speculum, first Codex entry. I was hooked. More, more, please… I headed out to the Errant Marches for no particular reason other than it was relatively near and didn’t seem to be crowded yet.

Scanned a bit more, got a few more Codex entries, and came back on the 30th, to resell, with an eye on rank progression and the other on Inara’s ranking. Got to Taxonomist, and to 25th on Inara. 216 analyses cashed in.

Still oblivious to the power of small ships, sticking to the Anaconda, I equipped it with some extra stuff and headed out to Mare Somnia (always wanted to visit the general area, so why not…)

By this time I really had three objectives: Get to Elite in Exobiology, get as high as possible on Inara, and score at least 25 Codex entries.

At the time nobody really knew how much was needed for Elite, and I was itching to know, so I spent about 10 days there and headed back to the nearest port, at Explorer’s Anchorage, for another sale. 526 scans in from the start. Still not very aware of the value of each scan, and spending too much time to analyse some very cheap bacteria all along the way…

109 million credits worth of data handed in… For sure Elite… Nope! Ecologist… Back into the black… and the grind set in. I sold data again 12 days later, by June 25th… Now I ranked around 12th on Inara, 100 Codex entries registered, but still no Elite. And by this time there was already one CMDR that had achieved it. Extrapolating the progression after reaching Ecologist, I was now pretty sure that something like 440-450 million credits would be needed, and decided to curve back to the bubble, moving a bit to the west of the Sol-Colonia highway.

By this time knowledge was advancing. CMDR Felsen had published a great study on bacteria Where Bacteria Roam | Canonn Research Group and Canonn was maintaining a database of all the organics scanned by CMDRs with EDMC and the Canonn plugin, at https://canonn.fyi/biosheet

Suddenly I found out by accident that EDSM had now an Advanced Search item that allowed me to search for Stratum Tectonicas. Light bulb time!

I started a search, bookmarked a few, and while moving towards the bubble I scored a few of those delightful 800k+ credit scans. Another sale on the 8th, in the bubble already… Arrrgh, four tectonicas short… Quick outing and finally, on July the 9th, I reached my objective of getting to Elite Exobiology, with 445 million credits worth out of a total of 958 species analysed and handed in at Vista Genomics.

That came with 136 Codex entries with my name, and the third CMDR on Inara to reach Elite. Happy but totally exhausted, I declared loud and clear that I would never do another exo scan again, and settled down happily in the bubble.

This was the trip taken… 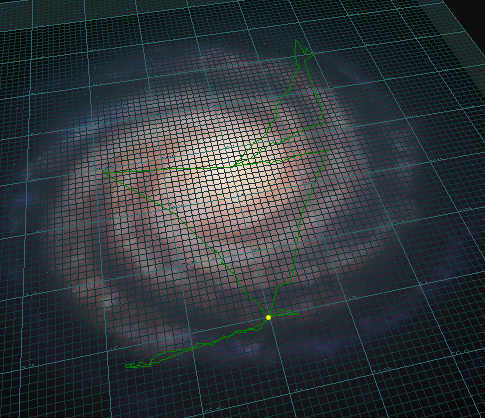 Famous last words. About one month later, out of boredom and seeing that the Exobiology ranks were not progressing that much, I started wondering how much would it take to reach Exo Elite V.

With the knowledge that EDSM had the Advanced Search for Tectonicas, and Cannon’s database, it was possible to only scan valuable species, shortening the time and effort needed. While planning, I also found out about edastro’s spreadsheet with scanned bios. With a rough estimate of how much I could scan each day, I launched a challenge to myself in the Canonn Discord, on August 24th: 45-2-XO5! 45 days to reach Elite Exobiology V.

The plan was simple on paper:

3 – Plot a route through the remaining ones.

A few hours before starting the plan evolved to

4 – Plot a route through the remaining ones.

This was the final result 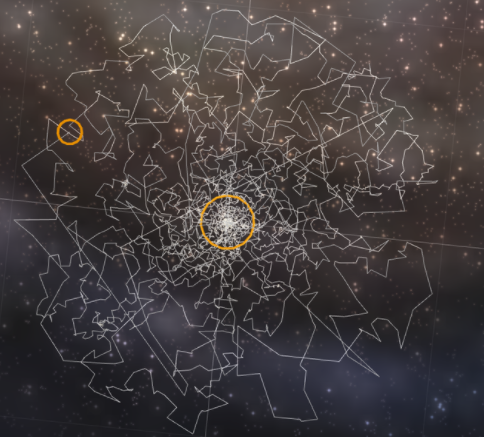 Most of the scans planned were stratum tectonicas anyway, because of the sheer relative frequency of the species, but the mix introduced with the other valuables would provide a nice relief from doing the exact same thing a few thousand times…

With an accounting spreadsheet ready, to be able to keep track of how much had been analysed, and a lot of renewed energy, I set about doing what I said I would never do… Scan more organics!

By the end of the first day, it was apparent that I would not be able to keep up with my target, because with my method it was impossible to scan as much as I had estimated (I was planning for 75 million a day, and realized that I could do 40 or 50 at most). Expecting to need to scan 445 million times five, for the five extra Elite levels, it now looked like it would take two months and not 45 days!

As I was still on the bubble, I ended the day selling data, and the progress achieved made me realise that the total needed for Elite I was more like 200-250 million than the expected 445 (the exact number turned out to be 225 million). Suddenly, the target of 45 days seemed to be well within reach again! Also, I scored a few bonuses for species that had been scanned or analysed before but not handed in.

As a consequence of this development I ended up introducing a small modification to the plan, to maximise the number of bonuses: By the end of each day, travel back to a near station and visit Vista Genomics, delete from the spreadsheet all the systems already visited, and recalculate the route for the next day.

I started clearing each Elite level in about 5 days, started getting messages on Inara wondering how to climb so quickly, and the total of (5 x 225 =) 1125 million exo credits kept inching regularly closer and closer.

At times during this journey it became unbearable to see another Stratum Tectonica… and I deviated from the plan. I just went down below the galactic plane for a couple thousand light years, twice. That allowed me to breathe a little and do proper exploring, and to score a few additional bonuses for species not discovered yet. 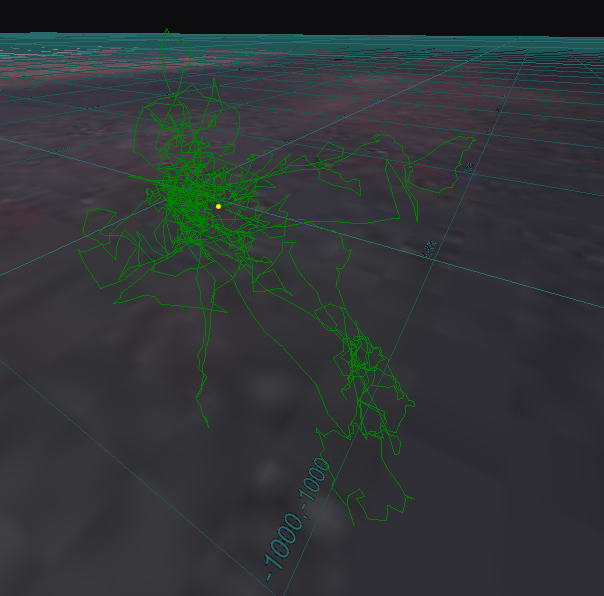 I also realised that at the time the Sinuefai, Sinuefe and Wredguia sectors seemed to have a higher percentage of  bonuses available, so for the last week or so I recalculated the route considering only those sectors.

And the main objective reached, I became the first CMDR to reach Exobiology Elite V!

900 of which were Stratum Tectonicas

186 million credits from bonuses (83% of a whole Elite level)

Two weeks after I reached Exo Elite V, CMDR Marz also made it. And as I write these lines, four months later, only six commanders have the title on Inara: Itapen, Marz, JJGoldberg (myself) , Berkay Bakunin, Jankules and Shylph ) top 5 on Inara plus the 13th place).

To replicate the method, the only additional information needed is the way to plot a route through a list of systems. I found that the easiest way to do it was to use the List option on the edtools website.

During this challenge I learned of another technique, developed as far as I know by CMDR Berkay Bakunin on the fly, while also trying for 5 Elite V, which is as fast as mine:

2 – Select the systems with more than one of these bodies

3 – Plot a route through them

The logic is that those bodies will frequently have between 6 and 10 species to scan, including valuable cactoida, clypeus, etc. And because those systems are not as abundant, and so tend to be found further away from the bubble, the chance of hitting bonuses is higher. It will take more jumps to go from system to system, but when a good system hits the reward is much higher.

Both methods work, and are a good example of how exobiology-related knowledge quickly evolved.

All this was done as knowledge was being developed about it, and it would not have been possible without the support of all my fellow Canonn CMDRs, but most especially SovereignWinter and LCU No Fool Like One. Thank you guys!

Aftermath: After getting to Exo Elite V, the itch started again… What about all five Elite V… and another challenge was on.